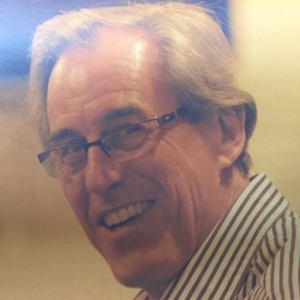 It is with great sadness that the athletes, coaches, parents and committee of Middlesbrough AC (Mandale) have to announce the untimely passing of Charles Frederick Stuart on Friday 3rd March. Charles died peacefully at home after a short illness at the age of 76 years young.

Loving husband of Chris and father of Louise, Duncan and Jamie and much loved Gramp, father in law, brother, brother in law and friend.

Charles was a true gentleman of athletics. His life enriched many of those he came into contact with both inside and outside of the athletics fraternity.  He held many posts in athletics, being a chief starter at numerous championships in the North East over the years. Following a 20 year association with Middlesbrough and Cleveland Harriers, Charles was also Chairman of Middlesbrough AC (Mandale) for the last 9 years until 2016, presiding over the time when the club moved from its former home at Clairville Stadium to its present one at Middlesbrough Sports Village.

Charles was also a very effective and well liked coach.  Coaching and officiating at the very highest levels, Charles has guided many international athletes during his time including his own daughter Louise Collins (nee: Stuart) who competed for Great Britain at the 1988 Seoul Olympics in the 200 metres.

Charles was always encouraging to athletes both young and old, officials and coaches alike. With always a kind word for everyone. His knowledge and love of the sport was also evident for all who had the privilege to know him.

Our thoughts are with his wife Christine at this time and the rest of Charles’ family.

A celebration of Charles’s life will be held at St Peter and Pauls Church, Stokesley on Friday 24th March at 2.30pm and then at Stokesley Sports club on Broughton Road, Stokesley. Everyone is Welcome.

Donations in Lieu of flowers if desired to: Herriot Hospice which provided outstanding care for Charles at home in his final few days.

12.10.16 Very sad news about Dave who finally lost his battle with illness and died earlier this week. Dave joined Mandale Harriers in 1977 as a very accomplished fell runner and chairman of our club. He went on to establish NYMAC and Esk Valley Fell club. I had the opportunity to meet him outside the club as professional learning support teachers and he had a wonderful charisma with the children. He and his many friends would discuss all the shortcuts they could make on the local Cleveland Classic and Crosses fell races and was happy to share them with me. He was a strong character, an excellent organiser of the local fell races and a man who will be sadly missed by his huge fell running family. Our thoughts are with Pat and his children, Andrew and Kathryn. Jill King

It is with deep regret I have to inform you of the sudden death of Eve Patton aged 62. Eve had spent many years in athletics initially with Middlesbrough and Cleveland Harriers before joining our Club as a Long Jump coach in 2002 and then becoming Secretary in 2003.

Shortly after becoming Secretary Eve worked closely with Anne Banks and Jill King to prepare the route to attaining ‘Clubmark’ status. This is a difficult standard to achieve and we must thank Eve for all the considerable time and effort she gave, re-drafting the documentation three times, to attain for us the highly valued ‘Clubmark’ status.

Jean Simmons Jons coach, “I first met Jon about 24 years ago when he joined my training squad and trained with hurdles group, as a squad we travelled to various venues and I recall Jon winning an award at the Northern Indoor Championships at Dewsbury in 1987 when John was 17 years old.

Jon was a talented hurdler, sometimes distracted from training, playing the clown. He represented his club (Middlesbrough & Cleveland H.) on numerous occasions including the Young Athletes League. At the Final in Swansea Jon had his eye on a pair of trainers provided by the sponsors ‘Dunlop’ to event winners. Jon duly won this trainers, showing a steely determination if something gained his interest.

Jon asked if I would give him a reference to join the Navy, to which I of course agreed and he left athletics to follow his dream, which I understand took him around the world for the next 7 years.

A few years ago I met up with Jon again at Clairville Stadium, with his daughter Laura who had joined Mandale’s Under 11 Group and he said he hoped Laura would be able to join my hurdles group when she was old enough”. Jon and his family became involved in the Club, Jon agreed to become Club Treasurer and also took the first step towards his coaching qualifications.

It was so lovely to see an ex athlete putting something back into the sport he loved as a teenager. 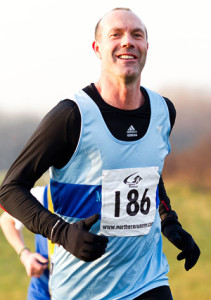 21.03.12 we at Middlesbrough AC (Mandale) were shocked to learn of the tragic death of one of our members Stewart Swinson.

Stewart had been an active helper with Ray & Paul’s U11 group and had supported Martin Peevor with his middle distance squad’s longer runs in support of his son Dominic, earlier his daughter Eleanor had also being an active member. 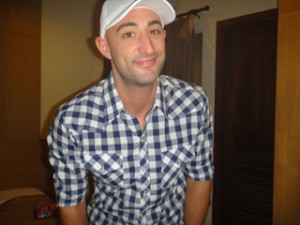 May 2011 the club was shocked to hear about the tragic death of Paul Thurlow.

A big thank you to all of you who attended Paul’s funeral at St. Bernadette’s and gave him the celebration service that he deserved so much. Amongst at least 250 people crammed into the church, were many current and former athletes, coaches and committee members of Mandale.

A quote from a poem included in the service: “Think of him as living in the hearts of those he touched, for nothing loved is ever lost and he was loved so much’

Brian Davison, Paul’s coach – “Paul Thurlow was in my sprint squad for two years from 2001 to 2003, during that time Paul made a big impression, being very popular with all the other members of the squad, and both male and female members of the club in general.

He arrived one night with his pal, Dean Daniel, who lived near him, Paul always gave 100% effort in competing for either the Junior or the Senior Men’s Team when selected, except when competing as part of a relay team, when he always gave that little bit extra.

On some nights he would arrive a little tired after football coaching with young schoolchildren for a couple of hours before we started, but never complained when asked to do some strenuous activity during the session. Paul will be remembered for always being cheerful whatever the weather, and was a fine role model for all the younger athletes in the squad.

George Gamble and I attended Paul’s funeral, along with many other Mandale AC members, the large church in Nunthorpe where it was held was just not big enough to hold all the people, young and old, wanting to pay their last respects. Such was the esteem that he was held in.” 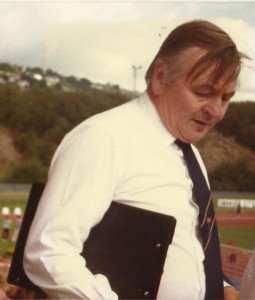 Adapted from his eulogy 2007

Will you run and jump, make results your aim, go your distance to the last then compete again, set your target high, then race on to reach the sky.

To succeed a hard regime applies, in the races athletes run, one only wins the prize, the body bears the pain, and the performance makes the gain.