You are here: Home / Club Awards

20.10.16 Gazette Sportsperson of the year awards

Following on from our club awards congratulations go to Joshua Cowperthwaite Gazette Under 18 Sportsperson of the year 2016 and Martin Peevor runner up in the coach/mentor category and unsung sporting hero Luke Pettit.

Club chairman Kevin Morris kick off the night welcoming everyone to a packed Hub with over 350 people attending, Kevin gave a brief introduction to the evening’s event, Kevin said that the 2016 season had been the best for some considerable time in the clubs 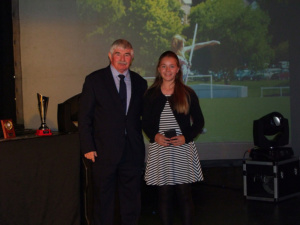 history, all Three of our league teams had come first in their respective leagues, this was down to their hard work as well as all the hours that coaches and officials had put in not just over this year but since the club had been founded.  The U11, U13 and U15 awards were presented followed by a mass presentation of medals to the U13/15 promotion team, then a break for the enjoyment of the buffet.

Before the resumption of the awards Kevin said that this year the club had won at the England Athletics Regional awards, we had received Club of the Year award this had been presented to the team managers Jane Kelsey, Peter Johnson, Richard Jeal and Brian Walsh, also that Marino Rea Danilowicz had picked up in his own right Project of the Year award for the Fantastic Four series and Rick Betts had picked up Runner Up Coach of the Year.

Kevin went on to make the audience aware to continue the clubs success we needed more coaches and especially volunteers to help run athletics meetings, not just in the 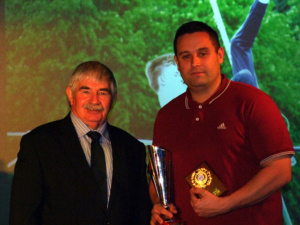 background but in officiating as track, field and timing officials, if any people could help out to please approach one of the club coaches or a committee member down at the track available during the week.

Continuing with the awards for the U17, U20 and senior and team mass medal presentations followed by the coach’s awards finally the John Simpson, Coach of the Year and Volunteer of the year awards which concluded the evening’s presentations.

Kevin closed the evening by asking everyone to give a round of applause for the catering supplier’s on doing such a great job and thanking the announcers Barbara and Rachel for their help and all the other people working in the background to make the evening such a success.

The annual England Athletics Regional Awards ceremony took place at the historic venue of Lumley Castle last week with Middlesbrough AC (Mandale) scooping two out of the three awards that they were shortlisted for there was also an award for one of Middlesbrough’s newest running clubs Swift Tees.

The first award the club received was for Project of the Year. The award was for their “Fantastic Four” project. The brainchild of club coach and official Marino Danilowicz the competition provides opportunities for young athletes aged 11 and under to compete on a regular basis in a run, jump, throw competition. With medals awarded at each meeting and an overall series winner at the end of each season the competition has grown from its small beginnings in 2015 to now attracting young athletes from all over the north east region. 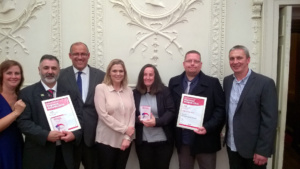 Receiving the award for on behalf of Middlesbrough AC were Marino Danilowicz and club official and event organiser Kate Brazukas. Mr Danilowicz said of the award “I really was shocked when I heard that the Fantastic Four had been shortlisted and even more shocked to find out we had won”, he added “this competition has only been made possible the through the support of the Sports Village and Macmillan Academy over our first 12 months and all the volunteer officials who help me at these competitions and I would personally like to thank them all for their support”.

The second award for Middlesbrough AC was the prestigious Club of the year title.

Up against stiff competition from local north east rivals and previous winners Morpeth Harriers and Gateshead Harriers the award panel thought that the overall season of Middlesbrough AC teams and having no fewer than 7 athletes selected for various international duties and two youngsters winning national titles was enough to take the award.

With three teams competing in various leagues and age groups across the North of England all three squads gained promotion from their respective divisions in 2016 winning their league titles along the way.

The under 13 and under 15 teams won three of their four matches finishing second in the final match to win promotion to the Northern Premier Division 2 for 2017. The under 20 and under 17 teams were competing in division 2 east and also won three of their 4 matches to take the overall title and win promotion to Division 1 East for 2017. The final team the senior men’s and women’s team were competing in Division 3 of the Northern League and like their younger counterparts won three out of four matches to win the league title and gain promotion to Division 2 for 2017.

The club also provided 20 of the members of this year’s Cleveland Schools team for the English Schools Championships and three representatives (Steven Wheater, Jasmine Clark and Ella Maxwell) being selected for the North East team at the UK School games in early September.

Receiving the club of the year award on behalf of the club were team managers Richard Jeal (under 20/17), Peter Johnson and Jane Bartram (under 15/13).

Middlesbrough AC’s last award nominee was coach Rick Betts. A previous winner in this category Rick finished runner up in this year for his work with his athletes from both Middlesbrough AC, Gateshead Harriers and City of York. With male and female athletes aged from aged 11 to 29 competing across a range of events in 2016, his group won 15 medals at the North Eastern Championships in May with 9 of them gold. They then went on to win 9 medals at Northern level with 3 gold. With two athletes Amy Carr and Chelsea Walker (York) going on to win national titles.

Club chairman Kevin Morris said of the awards success “it really has been a great year for the club, but none of this would have been possible without the hard work and dedication of all of our coaches, team managers and club officials, who work so hard for 12 months of the year, I personally would like to thank all of them for their efforts”

The final Award of the evening went to Middlesbrough’s Newest running club, Swift Tees. Based at Hemlington’s Habinteg Community Centre the club not only prides itself on its charity work for which it puts on three races a year to help the local community, but on having a membership of over 200.

The club was formed only 5 years ago and has a membership ranging from toddlers to 70 year olds and has three sessions a week at present based around Hemlington Lake. Roseanne Lightfoot who is also the founder of the club has also recently begun sessions for people with mental health issues with the support of MIND. The award for Swift Tees was gratefully accepted by Miss Lightfoot and club chairman Michael McCann.

The two award winners the Fantastic Four project and the club will now go forward to a national panel in one week’s time to decide which winners from the nine England Athletics regions will be shortlisted for a the national awards ceremony in Birmingham on October 15th.

Kick starting the awards season this year’s regional awards were held at the Emirates Durham International Cricket Ground, volunteers, coaches, athletes and officials from athletics clubs and organisations across the north east were presented with awards by English Athletics Board Director, Neil Costello.

From left to right 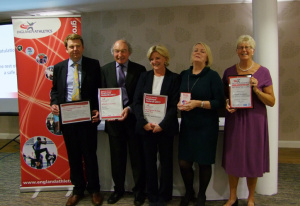 Neil Mack of Mack Solicitors, our club sponsors received the Retiring Chairman’s award for their work in supporting athletics in the region specifically with our club in its support with the Cyril Elliott Open meeting.

Mike Kaiser received the Official of the year award for his commitment to athletics in officiating.

The Tony Blair Foundation, Participation project of the year, in recognition of the work they have done in supporting our club with officials and coaches

This years awards were presented by Craig Heap, retired Commonwealth Games Gold medal winning gymnast who has represented England over 100 times in various international gymnastic competitions, including at the 2000 Summer Olympics. He has been the English and British champion as well as the captain on many occasions. 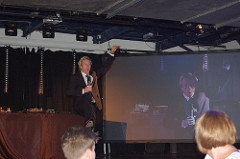 Craig began as a gymnast when he was just nine years old after his parents took him to classes out of simple desperation as he was very hyperactive as a child, in an interview with the BBC he stated;

“I was a bit of a tearaway as a kid, always jumping over the sofas and racing around the yard. My sister Nicola used to go to gym classes and one day my mum said: ‘Instead of leaping over the furniture, get yourself down to the gym with your sister.”

After progressing as a junior gymnast Craig eventually became professional and trained full-time though he struggled for money as the grants from Sport England were not vast sums of money nor was much money generated through sponsorship. A series of injuries only helped to exacerbate his financial shortfalls as long periods out meant even less money. Heap had many such injuries throughout his career, undergoing five operations on his left elbow, surgery to both shoulders,calves, shins, an ankle and a wrist. Since retiring from gymnastics Craig has taken a more media related role, appearing on Blue Peter, BBC’s ‘They Think its all Over’, TV advert for Physio Sport, ‘Simply the Best’ and commentating for the BBC on gymnastics. He now visits schools around the UK. 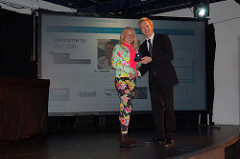 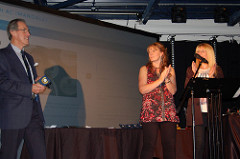 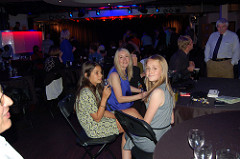 Coaches Squad Athlete of the Year 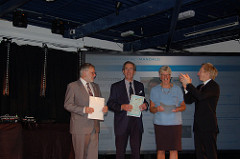