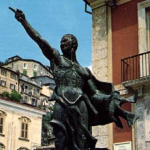 The growing reputation of Middlesbrough A/C’s graded Field Officials meant that all were selected to officiate at the British Transplant Games at Leeds on the 31st July.

So Marino, Kate, Sharon, Elspeth and Robert (we missed you Richard) turned up early on the Sunday morning. For most it was a very early start with Sharon leaving at 5.30am to arrive on time.

As the name suggests the British Transplant Games are for those who have received some type of transplant whether it is heart, kidney, liver, bone marrow etc as well as those exceptional people who being classified as Live Donors, have donated an organ of their own whilst still living. Due to the miracles of medical science there were over 850 athletes taking part.

Initially our officials were not certain if it was going to be a good day as it was miserably wet, a third type of EDM for measuring throws and jumps was refusing to operate and there were few athletes.

But gradually things improved. Marino and Sharon sorted out the EDMs, more and more athletes started arriving and the rain stopped.

The Field events included the Long Jump, Javelin, Discus and Shot Put so the officials were allocated to different events. Most went to plan but there was an interesting unique situation when the Field Referee, in charge of the limited number of officials, decided to run the two throwing events simultaneously from the same end of the stadium, using just one official with the warning horn. This sounds fine but proved to be challenging as Discus throws and Javelin throws take different amounts of time and those officials spiking and retrieving had to keep a close eye on both events.

An additional unusual problem for the officials was when they were given 10 minutes to clear the competition area and put away their equipment to allow a visiting air ambulance to arrive. This generated a lot of excitement as the helicopter came nearer and nearer and eventually landed.

After it departed the equipment had to be set up again and it was mentioned later how well the officials did in continuing with the competition.

Eventually all the events finished and the weary Middlesbrough officials made their way back to Teesside for well deserved rest. For more information and pictures please visit https://www.britishtransplantgames.co.uk

You can also catch a glimpse of Marino officiating in the Javelin competition on the YouTube film Westfield Health British Transplant Games 2022 at 3m.29.

The team was again in action the following Thurday night, at the last competition, at the Darlington Sports Complex, officiating at the shot and Long Jump, officiating way after all the track competitions had finished.  Also they will be in action at the Senior match on Saturday at Middlesbrough Sports Village, In addition at York for the throws festival later in the month.

We are always on the look out for new recruits to officiate, not just for Field events, but also Track officals (Timekeepers and Track Judges), If you’d like to know more about what officals do, or want to try out, contact Kate or Marino down the track. Additional information can be found here.